Purgatorial experiences can form a fundamental part of our spiritual journey. 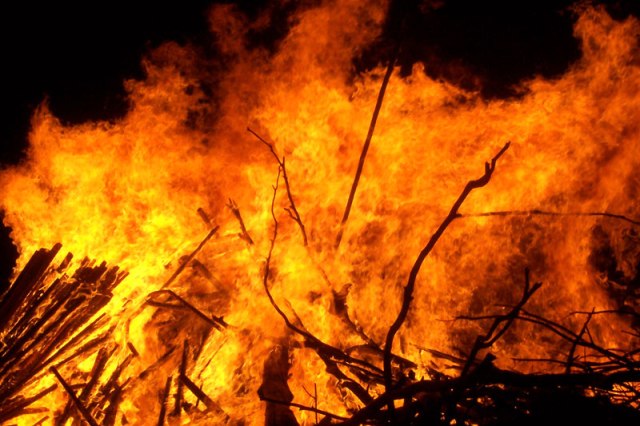 When the Protestant Reformers threw out the doctrine of purgatory, they had good cause for doing so. They found no scriptural warrant for the highly developed, late medieval doctrine. The doctrine was also a pastoral disaster. It intensified people’s fear of death. And it opened the door for all kinds of ecclesiastical exploitation of that fear.

But in throwing out the abusive bath water that clung to medieval notions, the Reformers may also have discarded an insight important to wise pastoral counsel and spiritual direction.

The Spiritual Insight Behind the Doctrine

The insight behind the doctrine of purgatory grows out of the belief, shared by Catholics and Protestants, that the ultimate goal for human beings is to live forever in the glorious presence of God. Catholic theology calls this the beatific vision of God. Protestants do not usually use that language, but they do talk about the life of glory in the presence of God that lies ahead in the next life.

The insight is that human beings cannot endure the glorious presence of God as long as they remain entangled with the sins and corruptions of this life. There must be a process of purification that happens before any human being can enter into that glory. Protestants confess that basic conviction every time we sing these words “…though the eye of sinfulness thy glory may not see…” in the beloved Trinitarian hymn “Holy, Holy, Holy, Lord God Almighty.”

But how does that necessary purification take place? Catholic and Protestants do not have a common vision on the how. Catholics have traditionally seen the how as a process that goes on after death, sometimes for a long time. As a result medieval Catholicism spun out a whole vision of purgatory as lasting years, if not centuries or millennia, after death.

Purgatory was conceived a kind of mini-hell with assorted torments and demons. It differed from hell in one important feature. Anyone in purgatory would ultimately make it into heaven. Anyone in hell would not.

This view of purification allowed a lot of abuses to arise. The church taught that the living could lessen the suffering of the dead in purgatory through indulgences and private masses. The church sold them as a way of raising funds. This turned a pastoral concern into a mercantile concern. It is one of the abuses that so disgusted Martin Luther. It helped spark the Protestant Reformation.

My view is that we simply do not know how the purification process works after death. Is it a process (Catholic purgatory) or an instantaneous act (Protestant purgatory)? Who knows? But I take it as a given that some purification process/act must take place. In that sense I believe in purgatory, but not in the medieval vision.

The Essence of a Purgatorial Experience

For me the essence of purgatory is the cleansing of all that blocks us from being the kind of human beings that God has always intended us to be. Those blocks are sometimes habits, attitudes, and behaviors that cut us off from God, from other people, and from our own inner selves. They are blocks we create for ourselves.

In other cases the blocks are wounds that have been inflicted upon us by other people or by tragic circumstances in life. We may not be responsible for those wounds, but they block us nonetheless from freely loving God, others, and ourselves.

In essence then, I think of purgatory as healing and liberation. We are being set free to become our authentic selves, the unique, beautiful, and loving selves that God has always called us to be. In the process we also find our authentic voices.

What fascinates me is how that process can begin even before our physical deaths. There are times in the process of spiritual and psychological growth when we find our lives shattering and crumbling away. Old orders and structures that we have relied upon to give meaning and stability to our lives undergo a massive emotional earthquake. Old stabilities crash. (This can also be true for cultures.)

At such times we can sink into despair and give up. At the same time such experiences can also issue in a call to be patient and let God reconstitute our lives in a healthier, more wholesome way, a way that leads us through fire and water into a more spacious place (see Psalm 66:12).

The sufferings we experience as those old stabilities collapse and new, more wholesome orders emerge can feel like we are in hell. No one can promise that liberation will be painless or instantaneous. Israel, after all, was forced to wander in the wilderness for 40 years after leaving the slavery of Egypt. Those 40 years were not simply a punishment for faithlessness. They were also a long and necessary part of the process by which God was forming a new people.

And so it is in our spiritual journeys, too. We can also go through times of intense pain as we grow up spiritually. Maybe those times of suffering are the required spiritual surgery that transforms our hearts of stone into warm, loving hearts.

A Parable about the Purgatorial Experience

This reminds me of a story that a friend sent me years ago. A women’s Bible study group were studying the prophet Malachi in the Old Testament. In Malachi, chapter three, they encountered these verses:

But who can endure the day of his [God’s] coming, and who can stand when he appears? For he is like a refiner’s fire and like fuller’s soap; he will sit as a refiner and purifier of silver, and he will purify the sons of Levi and refine them like gold and silver, till they present right offerings to the Lord. (Malachi 3:2-3)*

These verses are describing a kind of purgatory experience, not however in the afterlife but within history.

The women wondered what these verses were saying about the character and nature of God. What might the purification of silver say about spiritual purification? One woman offered to find out more about the process of refining silver and report back at their next meeting.

She called up a silver smith and asked if she could come and watch him work. She said she was curious about the process of refining.

As she watched the smith at work, she saw how he held a piece of silver over the fire and let it heat up. He explained that in order to refine silver, one needed to hold the silver in the middle of the fire where the flames were hottest. The flames would burn away the impurities.

She asked the smith if he had to sit there the whole time in front of the silver as it was being refined. He answered yes. He not only had to sit there holding the silver, but he also had to keep his eyes on the silver the entire time it was in the fire. If the silver was left even a moment too long in the flames, he said, it would be destroyed.

She was silent for a few minutes, then asked, “How do you know when the silver is fully refined?” He responded, “Oh, that’s easy–when I see my image in it.”**

I like this story because I think it gets at the essence of what a true purgatory experience is all about. It places us in an experience of suffering so that the image of God which we each are–and paradoxically that image of God within us is also our true self–can begin to shine forth.

What Is Purifying about Suffering?

If our own suffering issues forth into compassion for ourselves and for others’ suffering, then indeed we are beginning to reflect back the image of God. For the whole message of the gospel is how God expresses his true character in the compassionate living and suffering of Jesus.

God is one who humbles himself to enter into the suffering bodies, minds, and history of humanity, to walk with us through the suffering (absorbing it into his own being), so that in union with him God can lead us through our suffering into the glorious kingdom of love that is coming.

When suffering does that, it becomes a purgatory experience. For we are then each coming to fully reflect the face of our compassionate God in our own lives. And in my book that is a primary feature of salvation and sainthood.

* If this passage sounds familiar, you may be hearing how it was set to music in George Frederic Handel’s oratorio Messiah, where it is given a Christological understanding.

** I do not know the ultimate source of this story. A friend sent it to me as a e-mail. But the story has always appealed to me as a parable of the spiritual life. If you would like to watch an example of silver refining, you may want to watch this YouTube video.